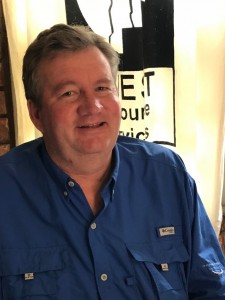 Mr Charles William (Piet) Guest
I was born in Randfontein and grew up in Meyerton in the Vaal Triangle, attended both primary and high school locally and still live in Meyerton today.

In 1991 I was appointed as a teacher at the local High School in Meyerton and the following year 1992 I taught in Johannesburg. After two years of teaching I took a break to establish a construction company, and returned to teaching in 1993 at Selborne Primary School. During this time, I completed my MA in Industrial History at the University of Potchefstroom and resigned as Head of Department Guidance at the school in 2004 to join Guest Resources Services.

At Guest Resources Services I started in the position as Learnership Manager in 2004, and implemented the first learnership in the Limpopo Province, (W&R NQF2 learnership). 120 learners were enrolled and we achieved a success rate of 86%. The training of adult learners and being part of the life-long learning process became my passion. During my time at Guest Resources Services I became an Assessor, Moderator, and Verifier, as well as an External Moderator for various Setas. Since 2011 I am serving as an Academic Board Member, I report on learning matters. Currently I am the Operations Director at Guest Resource Services and I oversee the successful operations of the company and give strategic input.

I am passionate about education and training and to contribute to the development of any person’s life in a positive way makes me happy. I am looking forward to the growth of Guest Resources Services as a dedicated employee and family member of the Guest Family.