We are getting ready for Blended Learning

A day to unite around fires

On the 10th of December 2019 I was called from my house just before 7 a.m. to rush to the office as there was a fire that started, in my mind it was a computer that perhaps reached the end of its life span or perhaps a garbage bag that was set alight by passers-by.  This would have been the last day of work for the year and only the staff that assisted with completing the final task before closing for the December holidays were at the office.

When I arrived at the office there was smoke and flames coming out of the roof, the staff were all outside and being assisted by surrounding businesses. The fire department, police and ambulance arrived.  It was a hopeless feeling, nothing I could do could stop the damages, we had just spent four months in the building creating a new image and more interactive workspace, this office was suppose to be the future image of the Eastern Cape where after the other offices would follow.

After confirming that all staff were save, action had to be taken; all our stakeholder had to be informed and arrangements had to made with clients and providers etc. Cutman & Hawk coffee roasters allowed us to set up office and supplied us with coffee and sugar water and all the surrounding businesses supplied food and drinks to everyone involved. We still had some interviews with auditors that was scheduled for the day via Skype. They were all done from the coffee shop with the burning building in the background.  We immediately received tremendous moral support from our clients and the community, our year-end function was also scheduled for the following day and we decided to proceed. The year-end function had everyone in good spirits, with Management from Gauteng Dr Wilma Guest-Mouton (CEO), Piet Guest (Operations Director) along with Ollie Esterhuizen who immediately took a late afternoon flight to come and support and assist. We welcomed the assistance and support and are very thankful for the quick response by the CEO, Dr Wilma Guest-Mouton who made the arrangements on the same day to fly to East London.

The building was now a “crime-scene” and nothing was to be removed, miraculously our server and documents weren’t damaged, everything was black with smog and after all the investigations we had to clear out the building of what we could (everything had to be kept for the insurance) the electronic equipment was all destroyed by smoke and water from the fire department. (Photo copiers, printers, 120 computers, data projectors, etc…).

Companies were closed for December but most of my staff came in to assist with the clean up voluntarily, documents were sorted and boxed, my house did not have enough storage space and there was nothing available at that time of the year on short notice. The Wesheuwels NG Kerk allowed us to truck everything we did not have space for to the church hall and use it for storage until different arrangements could be made. The rest of December was spent cleaning (soot that does not come off) and sorting the items that could be rescued. (We were informed that we aren’t allowed to re-use anything that was black with smoke, as this poses health risks.)

When the office re-opened in the new year, we moved into a new, much smaller space that is not ideal but effective for the admin department. Classes were split over various sites and we are still in the process of replacing equipment and furniture, there is no quick fix after a fire, there is also no recovery, we continued and adapted, we had to change our way of thinking and doing things but then again that is part of growth in any company.  We were able to continue and grow because of the positive attitude of our staff and clients that takes on each challenge as a new opportunity, and makes it work (not without frustrations, dead ends, and re-tries.)

Guest is a family and a family is not bound to a building, a family continues growing even now during the lock down, we continue working at full capacity without any staff member or student leaving their home, and it is all thanks to the innovation and will to succeed of the staff members, testing solutions, sharing ideas and going ahead with what works.

I don’t think that I could ever have anticipated what occurred on 10 December 2019. As I look back and remember that moment it is scary to think that it was only little over four months ago that my world and that of my colleagues was thrown in desaray. Arriving at the offices which had just recently been revamped by Willie van Biljon and been enjoyed by all was slowly going up in flames – I remember phoning PW van Biljon and saying to him the office is on fire – I don’t think five minutes passed before he arrived at The Hub. His face told a million stories at once. My heart went out to him as he looked at what was one of his dreams go up in flames.  I remember that I said to him – “PW we serve a miracle working God and He is going to show us His power”.

Well a long story short, management and some staff members went in a few days later and under supervision  we were able to salvage so many of our files which is what was so important. I do remember one very important thing and which will always stand out for me is that Jeanette Masters, our Director,  and PW van Biljon  never once worried about anything other than the welfare of the staff and that they were so grateful that no – one was injured. We came together as a team and we started clearing up and carrying out the items that we could and the burnt computers etc. It is now four months later and in January,  Jeanette opened up her home for us all to start working – while PW hurriedly started looking for premises.

We are now once again able to see what working together is all about as we have embraced the new offices and trying to focus on what needs to be done and getting on with it. I have learnt from this that God will never ever leave us nor forsake us and that when you have people like Jeanette and PW leading us how can one not realise how fortunate we are to have them as our leaders because as tough as it must have been during that time, neither of them ever complained or showed despondency – they continued to support us and together I know we have so many positive things to look forward to as Guest East London. 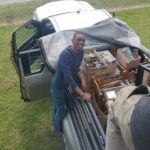 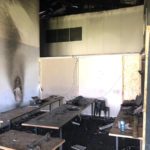 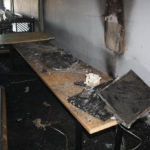 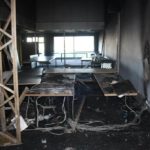 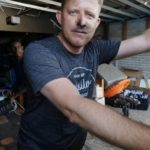 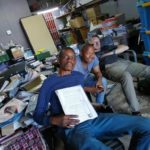 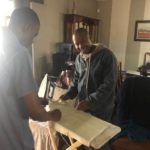 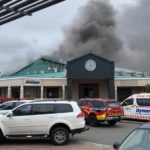 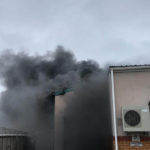 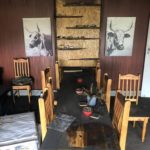 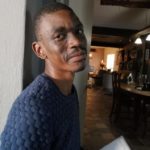 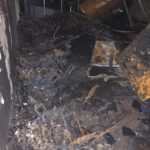 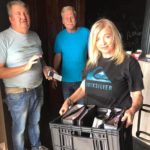 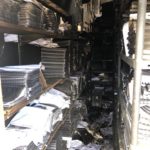 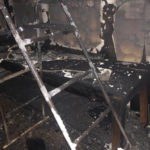 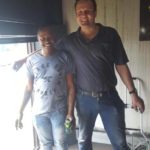 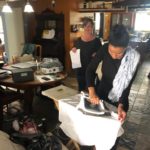 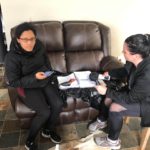 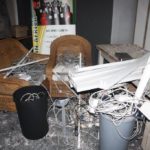 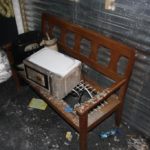