Currently, Mr. James Munnik (Department of Labour) who is a registered psychologist is also working on a proposal to Guest Resources on doing psychometric testing of candidates. The latter will be done to recruit the learners who will have the best chances of completing the learnership on both the theoretical and workplace components.

It has since branched out into job creation, career guidance and the motivation of our learners.

The turnout was 80 people.

+/- 65 of the attendees were Learners of Guest Resource Services. All Covid-19 protocols were adhered to.

It was opened by a cleric who spoke on the importance of vision.

The stakeholders represented was:

Andiswa Mtombeni, Appifanie Plaatjies, Wally White and Ntando Bucuka who were speakers at the event. They represented individuals who literally climbed the stairs as shown on the logo of Guest Resource Services.

While they spoke on their life and experiences at Guest Resources the audience laughed, cried, cheered, and even sang. It was a magnificent day.

Ms Winette Minnaar of Guest Resource Services assisted as events-coordinator. She led by example and she was also the photographer at this occasion.

Chantel Muchaya was a co-master of ceremonies and speaker. She also managed the fun activities. She helped learners and translated when needed.

Herman Schoombie who co-coordinated the event in terms of speakers, stakeholders, the venue, resources, and activities. He also did the summation of the event.

Nikita Boshof who made the program and was the administrator.

Jennilee Stride who assisted with logistical support of chairs and tables and the invitation of the learners.

Apart from the abovementioned people of the department of employment and labour career counsellors, labour inspectors, employment services practitioners (who registered our learners on their employer employee database), and other supporting staff were present.

The Department of Education represented by

Master of Ceremonies represented by

Fun activities included a dance and seeking sweets in a plate .

Prizes were given to the winners.

The day was described as a huge success by the attendees and participants.

It was also expressed that this was an excellent platform for future collaboration. 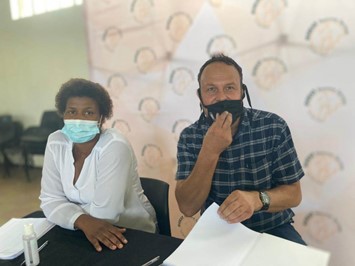 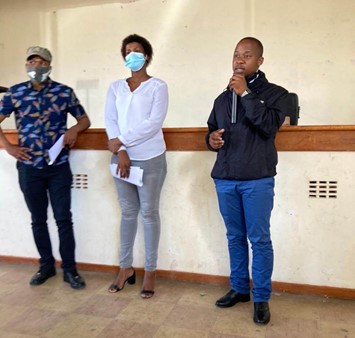 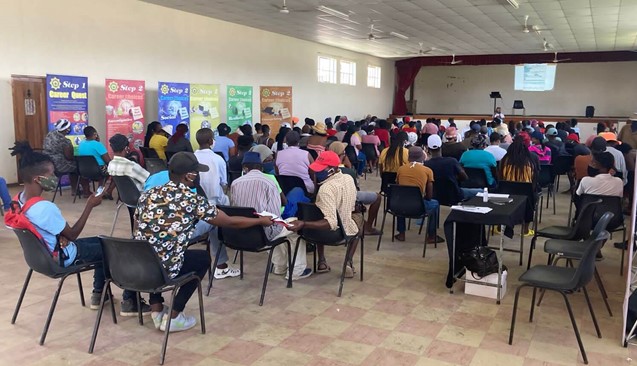