“It’s time to start something new and trust the magic of new beginnings.” It was a gust of wind, or more like a hurricane, that blew through the Western Cape Department. The winds of change were upon us as we embarked on the beginnings of a new location for our office and a new assistant to join the cause.

The winds of change blew us to a beautiful, homely office right here in Somerset West. On the 15th of April 2019 we moved into the office 79B on Andries Pretorious Street.

We were thankful that the office was so clean and spacious. A new venue came with new challenges. Organisation of the materials that were moved over to our office proved to be a daunting task. The hurricane movers had unfortunately mixed up files and placing of both office supplies and learning material. Not only was organisation a challenge but as time flew by by the office present us with a new problem- the light fixture blew. And so, we were in the dark.

Fortunately, our Landlady was on the ball and got to fixing the light before the week could come to a close. The winds of change brought a new student to our department.

Cassandra Enslin, aged 21, grew up in Cape Town. The winds of change had blown her in Guest Resources Services direction after she discontinued her studies of Biology and Psychology. Cassandra, being accustomed to the winds of Western Cape was a force to be reckoned with-as she blew around the office to organise it and make it feel like a welcoming new home. She meticulously labelled, sought out recyclable goods and stationery to make sure folders were separated and organised correctly, as well as bringing in pre-loved office chairs that were comfortable and created convenience of movement. Before we knew it; copious amounts of learning, laughter, positivity and coffee would become a constant in our department. 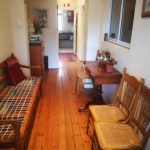 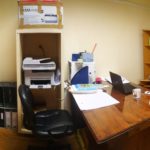 Winds of change brought both new challenges and, more importantly, new people and adventures to be embraced.